Anne Harris is a core member of the Digital Ethnography Research Centre and is Associate Professor and Principal Research Fellow at RMIT University. Anne’s research focuses upon the intersection and impacts of creativity, performance and digital media at both practice and policy levels, its effects and affects within youth cultures and among and upon cultural, sexual and gender diversities, and on performance and activism. Anne is an international expert in creativity, video methods, performance ethnography, creative and practice led research, and gender and sexuality research. She is an Adjunct Professor at Monash University Faculty of Education (Australia), and an Honorary Research Fellow at Nottingham University (UK).

She is the author of over 60 peer reviewed journal articles, 22 book chapters, and 13 books including most recently: The Queer Life of Things (Lexington, forthcoming 2018, with Stacy Holman Jones); Feminist Research Praxis for the 21st Century (Guilford Press 2017, with Patricia Leavy); Writing for Performance (Sense Publishers 2016, with Stacy Holman Jones); Creativity, Religion and Youth Cultures (Routledge 2016) and Video as Method, (Oxford University Press 2015).

2016 Continuum on ‘Creativity and Sexualities’, co-edited with Yvette Taylor. 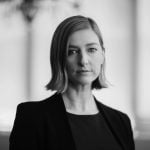 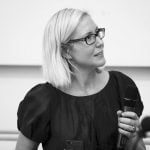