Belinda Glover is a tutor and a gender activist from Ghana. She taught at Ghana Institute of Journalism (GIJ), African University College of Communications (AUCC) and Knutsford University respectively after the completion of her Master’s Degree.

Belinda is the owner and publisher of a new work in progress publication called Feminist & Gender Africa (FGA) magazine which writes extensively on feminism, gender and the minority groups in Ghana and other parts of Africa.

Belinda is interested in ethnography research and has written a chapter on “ethnography research methods” in Ohio University and hopes to use the same method in her current study. She is currently a student at Royal Melbourne Institute of Technology (RMIT) and her research area is on revenge pornography/nonconsensual image sharing. 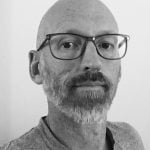