Bianca Vallentine is the Project Coordinator at the Digital Ethnography Research Centre (DERC) and Creative Producer for The Exchange at Knowledge Market.

Over the course of five years, Bianca has been a Project Coordinator for RMIT University in the following areas: Digital Ethnography Research Centre (current); Centre for Game Design Research (2015 – 2016); Games and Experimental Entertainment Lab (GEELab 2012 – 2014). Prior to working for RMIT Bianca has been the Business Ready Coordinator for Design Victoria; Senior Arts Officer, Strategic Initiatives at Arts Victoria and Project and Accounts Coordinator at University of Western Australia Extension and West Australian cultural organisation FORM.

From 2010 – 2012 Bianca also managed her own business as an independent events producer, in this capacity she was awarded funding from the Department of Culture and the Arts (Western Australia) to showcase West Australian emerging fashion talent through pop-up fashion event From  Here to There at L’Oreal and Virgin Melbourne Fashion Festival respectively. In addition to her role at RMIT Bianca also runs a successful bespoke homewares business The Vallentine Project.

Bianca is on maternity leave until the end of 2018. 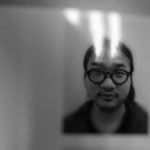