Daniel Miller is an Adjunct Professor of Media and Communication at RMIT University (2013-2016) and Professor of Material Culture in the Department of Anthropology at University College London, UK. He has published over 30 books including Digital Anthropology (with H. Horst, eds, Berg, 2012), Tales from Facebook (Polity Press, 2011), Migration and New Media: Transnationalism and Polymedia (with M. Madianou, Routledge, 2011), The Cell Phone: An Anthropology of Communication (with H. Horst, Berg, 2006) and The Internet: An Ethnographic Approach (with Don Slater, Berg, 2000). Other recent books include Blue Jeans (with S. Woodward, University of California Press, 2011), Consumption and Its Consequences (Polity Press, 2012) and Stuff (Polity Press, 2009). Professor Miller has received numerous honours in recognition to his contribution to anthropology, including the Henry Lewis Morgan Lectures (the most prestigious lecture series in Anthropology) and the Rivers Memorial Medal awarded by the Royal Anthropological Institute. He is also an Elected Fellow of the British Academy. He is currently carrying out research on a five-year study of social networking sites funded by the European Research Council. 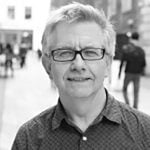 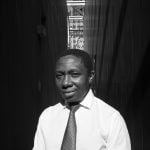