Emile Zile is an artist, filmmaker and performer.

In the darkly comic and critical re-use and re-encoding of media broadcasts, communication protocols and online platforms his work reflects a distributed humanity, a yearning for transcendence and the limits of language. Building on a background of live and single-channel video, his work utilises site-specific performance, portraiture and filmmaking to capture the traces of humanity within an accelerating digital culture.

Emile received a Bachelor of Fine Arts degree from RMIT Media Arts Melbourne before relocating to Amsterdam in 2007 to commence an MFA degree at the Sandberg Institute. In 2012 he began a two year studio residency at the Rijksakademie van beeldende kunsten, Amsterdam supported by a Prins Bernhard Cultuurfonds scholarship. In 2018 he commenced full-time practice-based doctoral research at Digital Ethnography Research Centre, Department of Media and Communication RMIT Melbourne. 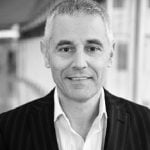 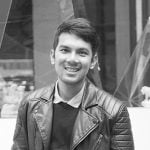