Gerard Goggin is Professor of Media and Communication at the University of Sydney. He has a longstanding interest in digital technology and culture, especially in the area of mobile phones and mobile media, Internet, and disability.  Gerard’s books include Locative Media (2014; with Rowan Wilken), New Technologies and the Media(2012), Global Mobile Media (2011), Cell Phone Culture (2006), Digital Disability (2003; with Christopher Newell), and with, Larissa Hjorth, Routledge Companion to Mobile Media (2014) and Mobile Technology: From Telecommunications to Media (2009). 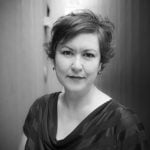