Janet Roitman is the founder/director of the Platform Economies Research Network.  She is currently a University Professor at The New School in New York City and an Honorary Professor at RMIT.

The Platform Economies Research Network (PERN) inquires into the socio-technical bases of platform economies.  While research on digital media focuses on data privacy, surveillance, bias, and the gig economy, there is little empirical work on how value is produced through particular digital platforms – or how data becomes a value form.  PERN focuses on data-to-value processes.

Janet’s personal research on platform economies focuses on the role of digital technologies in emergent and frontier financial ecosystems. This project, supported by a US National Science Foundation Grant, investigates FinTech platforms as potential sources of standardized, actionable data that enable predictive analytics. Predictive analytics are central to the development of new asset classes, which give insight the future contours of “high finance” in the Global South.

Janet has conducted extensive research in Central Africa with a focus on the anthropology of value and emergent forms of the political.  Her first book, Fiscal Disobedience: An Anthropology of Economic Regulation in Central Africa (Princeton University Press) is an ethnographic account of taxation and economic regulation. This study of unregulated commerce on the borders of Nigeria, Cameroon, and Chad documents emergent forms of economic value and the consequential transformations in state governance.

Her second book, Anti-Crisis (Duke University Press) is the first systematic account of how the concept of crisis functions as a blind spot in contemporary analyses of finance and economics.  Anti-Crisis investigates the concept of crisis as an object of knowledge and social inquiry, demonstrating its significance as a foundational concept for our understanding and management of contemporary practices, taking The Great Recession of 2007-08 as a case study. This study illustrates how crisis talk diverts our attention away from primary, constitutional questions, such as how debt is constituted as a form of value.

Janet was formerly a research fellow at the Centre National de la Recherche Scientifique (CNRS) and an instructor at Sciences-Po, Paris.  Her research has received support from The The Ford Foundation, The MacArthur Foundation, The American Council of Learned Societies, the Agence française du développement, The Institute for Public Knowledge, and The US National Science Foundation.  She serves on the editorial board of the Journal of Cultural Economy and on the advisory board of Finance & Society.

A full list of publications can be found on Google Scholar: https://scholar.google.com/citations?user=gzjwcHYAAAAJ&hl=en 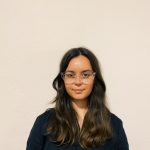 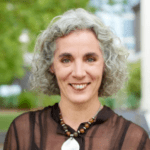