Justine Shih Pearson is a designer, creative producer, and scholar of contemporary performance and dance, and an Honorary Associate in the Department of Theatre and Performance Studies at the University of Sydney. Trained originally in theatre design at New York University’s Tisch School of the Arts, she has collaborated on over thirty productions across film, new media, and live performance; and her design work has been presented in Australia, the UK, Europe, North America and SE Asia. She won a Green Room Award in 2018 for best design with the creative team of TangiWai: the Cry of Water directed by Māori Australian artist Victoria Hunt. She has a particular interest in intercultural and interdisciplinary practices in the arts and has worked on projects with First Nations artists from Australia and the Pacific, and artists from SE Asia developing contemporary performance in relation to traditional cultural practices. Justine works closely with independent artists in particular, supporting critical discourse around practice; she has held leadership positions in the arts industry as producer of ReelDance at Performance Space (2007-2009), acting director of choreographic research centre Critical Path (2012-2013; 2015), and is currently chair of the artist-run space ReadyMade Works. She has taught in the areas of interactive and mediated performance, dance and movement theory, and performance and cultural practice at the University of Sydney, University of New South Wales, and Macquarie University. Her current research integrates thinking around spatial design and practice in terms of global culture, the embodiment of cultural belonging, travel, and city planning, utilising knowledges from creative practice. She has published work in TDR, Australasian Drama Studies, Extensions, Brolga, Realtime, and the Conversation, and has edited collections for About Performance on in-between movement (2012) and risk (2014). Her book Choreographing the Airport: Field Notes from the Transit Spaces of Global Mobility was published by Palgrave Macmillan in 2018. 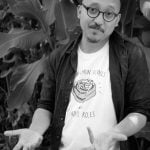 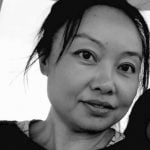