Dr. Linje Manyozo’s  praxis has involved collaborating with communities in order to understand how media and communication breaks down structures and institutions of inequality in order to ensure democratic formulation and implementation of development policy. As such, his work is guided by one fundamental question: How do we ensure the integration of subaltern voices in policy formulation and implementation?

Linje’s teaching and research go beyond studying the democratic processes that capture citizen voices as part of policy making. His praxis also explores and actively intervenes in the class contestation of power during the confusion, the violence, the deception and the bullshit that oftentimes govern the official production and integration of citizen voices in development policy formulation and implementation.

As an educator, Linje strongly believes that scholarly endeavors should be strongly linked to social transformation efforts, through an educator’s active involvement in working with the classless to speak and unspeak their world. As Father Gustavo Gutierrez, the founder of Liberation Theology encourages us, we have the moral responsibility to stand with and alongside the downtrodden in the quest for a more just, a more equal and a more democratic society. Linje therefore holds that an ideal educator should challenge society to think the unthought, to imagine the unimaginable and to speak the unspoken.

In 2012, Linje took a 4-year break from the university teaching in order to engage in development practice in Africa. During this period, he worked as a Communication for Development Specialist for UNICEF and the Global Fund and World Bank- supported National AIDS Commission. Linje’s programmatic portfolio encompassed the strategic design of communication interventions in HIV Prevention, violence against children and women, as well as girls’ education. Linje also founded and run a rights-based village development volunteer program that involved establishing and consolidating income generating initiatives with marginalized social groups, especially networks of young people living with HIV, LGBT groups, alliances of commercial sex workers, informal workers and unemployed urban youth.

Dr Manyozo’s programmatic interventions are informed by his upbringing under extreme poverty on the tea and tobacco plantations where he grew up and worked as a child labourer. As such, his praxis revolves around the generation and honest utilization of subaltern voices in the formulation and implementation of effective and sustainable development policies. He is thus concerned with the democracy of communicative actions that govern the flow and contestation of power in social economies, and this includes how strategic communication is employed as a pathway for authentic representation and not deception. 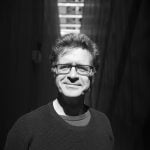 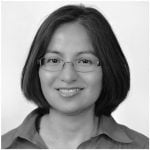