Marion Muliaumaseali’i is a PhD candidate with the school of Media and Communications. Her project is titled “Fa’asamoa and Fa’amobile: The Impact of Mobile Phones on the Va (the space in-between)”. Fa’asamoa cannot be confined to one aspect. It is made up of many components such as, family (aiga), culture, language and religion. However, within these components isva, a ‘thread’ that exists in every gesture, speech and interaction between Samoans. A literal translation of the va is gap orspace in-between. It has been used to describe physical, relational and metaphorical concepts in Pacific contexts. Drawing upon ethnographic research on everyday communicative ecologies in village Samoa, the project enters debates around the mobile’s place in the larger cultural settings. It seeks to understand how, where and when different people communicate and flows and channels of information amongst both users and non-users of mobile phones. How is the mobile phone changing the communicative ecologies of village Samoa and where does is it sit in the va? 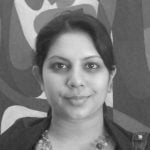 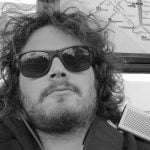