Michael Crowhurst teaches in the School of Education RMIT. He is interested in schooling and sexualities and gender identities, social justice and education, reflective and diffractive practices, arts-based methodologies, methodologies generally and the place and uses of dialogue in education. Currently he is working on an unfunded project with Michael Emslie using collective/auto/ethnographic and arts-based methods to explore the difficulties and possibilities involved with working in creative ways within standardized neoliberal settings. Michael likes working in spaces that deploy an eclectic assemblage of theoretical stances that are fit for purpose. Michael writes about what he teaches about and teaches about what he writes about. He also paints.

Current Project with Michael Emslie
‘Pathways into thinking’ – an unfunded project using collective/auto/ethnographic and arts-based methods to explore the difficulties and possibilities involved in working in creative ways within standardized neoliberal settings. 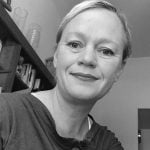 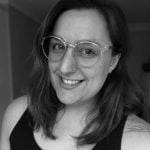