Nic Bidwell is an Associate Professor in the Department of Informatics, University of Pretoria, South Africa and researches in the field of Human-Computer Interaction (HCI). Since 2003 she has focused on interactions with technologies for rural settings and Indigenous and African cultures. Nic takes a critical design approach and applies situated, ethnographic and participatory methods. Most of Nic’s, nearly 100, peer-reviewed publications relate to designing interactions with mobile devices and information systems that suit the communication and knowledge practices of rural, indigenous, and often low-income communities. This includes research in Mozambique, Namibia, South Africa and far north Australia where she usually lives rurally – for the past 4 years spending most time in a village in South Africa’s remote Eastern Cape. She initiated the first panel on Indigenous Led Digital Enterprises held at an international HCI conference (OZCHI08) and co-founded Indigenous Knowledge Technology Conference in Namibia and will publish a book arising from dialogues that continued from these endevours in 2014. Nic has researched and/or lectured in UK, Australia and South Africa in both prestigious and rural/regional institutions, such as the Universities of London, Sussex, ANU, Queensland, Charles Darwin and Cape Town. She was Deputy Head of the School of IT, James Cook University, Australia, and principal investigator at CSIR-Meraka, South Africa. Nic has Honours in Biology and Psychology, a PhD in neurophysiology and, a Masters in IT. 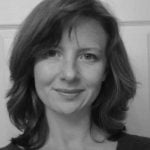