Paul Dourish is an Advisory Board member at RMIT University and Chancellor’s Professor of Informatics in the Donald Bren School of Information and Computer Sciences at UC Irvine, with courtesy appointments in Computer Science and Anthropology. He is also an Honorary Senior Fellow at the University of Melbourne. His research focuses primarily on understanding information technology as a site of social and cultural production; his work combines topics in human-computer interaction, ubiquitous computing, and science and technology studies. He is the author of Where the Action Is: The Foundations of Embodied Interaction (MIT Press, 2001), and, with Genevieve Bell, Divining a Digital Future: Mess and Mythology in Ubiquitous Computing (MIT Press, 2011); a new volume, The Stuff of Bits: An Essay on the Materialities of Information, will be published by MIT Press in 2017. He is a member of the ACM SIGCHI Academy, and a Fellow of the ACM. 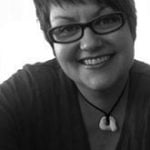