Rosi Braidotti (B.A. Hons. Australian National University, 1978; PhD, Université de Paris, Panthéon-Sorbonne, 1981; Honorary Degrees Helsinki, 2007 and Linkoping, 2013; Fellow of the Australian Academy of the Humanities (FAHA),2009; Member of the Academia Europaea(MAE), 2014; Knighthood in the order of the Netherlands Lion, 2005) is Distinguished University Professor at Utrecht University, founding Director of the Centre for the Humanities at Utrecht University (2007-2016),founding professor of Gender Studies in the Humanities at Utrecht University (1988-2005) and the first scientific director of the Netherlands Research School of Women’s Studies.Since 2009 she has been an elected board member of CHCI (Consortium of Humanities Centres and Institutes).Her publications include: Patterns of Dissonance, 1991;Metamorphoses, 2002; Transpositions, 2006;La philosophie, lá où on ne l’attend pas, 2009; Nomadic Subjects, 1994 and 2011a; Nomadic Theory,  2011b; The Posthuman, 2013. She recently co-edited Conflicting Humanities (2016) with Paul Gilroy and The Posthuman Glossary(2018) with Maria Hlavajova, which are part of the bookseries “Theory” she edits for Bloomsbury Academic.  See also: www.rosibraidotti.com. 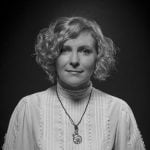 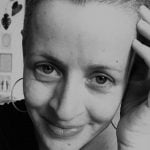