Shelley Brunt is a Senior Lecturer in Music and Media in the School of Media and Communication at RMIT University, and served as DERC’s node leader for ‘Emergent Media Practices’ during 2014 and 2015. She is currently the editor of Perfect Beat: The Asia-Pacific Journal of Research into Contemporary Music and Popular Culture. As a popular music ethnomusicologist, Shelley focuses on ethnographic approaches to music and media topics and has a particular interest in the music cultures of Japan, New Zealand and Australia. One of her long-running research projects is an examination of identity, community and gender in Japan’s televised Red and White Song Contest (紅白歌合戦).Other studies include the analysis of posthumous duets, where a living singer is paired with a deceased singer generated by digital means, and the cultural and educational value of web-based interactive musical instruments. Her forthcoming publications include the co-edited Made in Australia and New Zealand: Studies in Popular Music (Routledge, 2017, with Geoff Stahl). 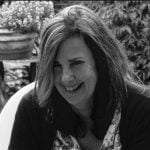 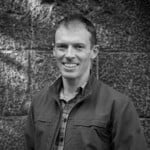