Sheree Gregory studies the intersections between gender, work/family, and digital technologies. A Research Fellow and Lecturer (RMIT and Swinburne), she joined the RMIT Centre for Sustainable Organisations and Work following a post−doctoral ARC project at the Swinburne Institute for Social Research, and is Co-Convenor of the Work and Labour Studies Thematic Group of The Australian Sociological Association. Dr Gregory is co−editor of two monographs, Women and Work, (RMIT Publishing 2007, 2005). Her work explores ideas and assumptions underpinning the roles and issues of men and women in families, parenting and work. During her PhD she contributed to the implementation of a part−time work policy in an organisation where she conducted ethnographic fieldwork and liaised with the former Australian Sex Discrimination Commissioner. Sheree publishes in key scholarly journals such as Entrepreneurship Theory and Practice; Work, Employment and Society; Media International Australia. Her research has featured in media outlets in Australia and the United Kingdom. She publishes the blog Boy Girl Modern World. Among her interests are documentary film making. 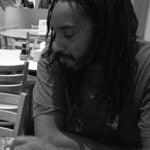 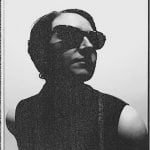