William Anthony Yanko is a PhD student in the School of Media and Communication, RMIT University. He is a gamer, tech enthusiast, audio engineer, musician, producer, educator and a music lover. He has somehow decided that doing a PhD is a great pathway for his academiadream.

William’s research is an exploration ofIndonesia’s growing hip-hop dangdut scene. He takes on various Global Hip-hop Nation and popular culture theories to explore the influences of glocalisation in the process of shaping musical and cultural identity in the region of Yogyakarta, Indonesia. He is also interested in the performativity of underground hip-hop dangdut performances.

Having spent quite some time in RMIT University, he holds an Honours degree from RMIT’s Consilience Lab under the supervision of Dr Ed Montano. He also holds a bachelor’s degree in arts, majoring in the Music Industry and an associate degree in Information Technology, specialising in System Administration. 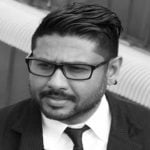 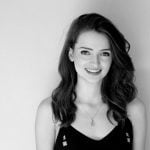