Zoë is a cellist, composer, performance maker and educator. She collaborates with a wide range of musicians and makers. Her approach is collaborative, reflective and quiet. Her music is exquisite, dark, haunting and tense.

Zoë is a member of The Letter String Quartet, presenting programs of new works for strings and voices, commissioning composers to push the sonic possibilities of the string quartet. Her composition credits include feature films Animals (in production), The Infinite Man (SXSW) and Ukraine Is Not A Brothel (Venice Film Festival, Winner, ACCTA Best Documentary), co-composed with Jed Palmer. Zoë has composed sound collages for exhibitions including Bendigo Gallery’s Gothic Beauty, the Kyneton Contemporary Art Triennial, collaborating with visual artist Georgie Mattingley, and Camouflage Disco for the Melbourne Museum’s Pauline Gandel Children’s Gallery.

Zoë has scored theatre works for Playbox Theatre, State Theatre Of South Australia, Patch Theatre, Rawcus, Restless Dance Theatre, Vitalstatistix and Drop Bear Theatre. Her scores have been heard around the world, from the Sydney Opera House to the National Center for The Performing Arts, Beijing. She has co-created theatre works including Ladykillers’ Lullaby, Cake, The Pyjama Girl and Based On A True Story, Restless Dance Theatre’s Howling Like A Wolf, and Patch Theatre Company’s Emily Loves To Bounce. She works closely with Drop Bear Theatre & The Seam, creating highly acclaimed relational works for very young audiences including DIG, Rain, and The Boy Who Loved Tiny Things. Her works continue to tour nationally and internationally.

Zoë has been a Teaching Artist with The Song Room for ten years, specialising in creating music and performances with children with trauma backgrounds and those recently settled in Australia. Her background in dance theatre has sharply influenced her work with children – her teaching approach is one of respectful devised collaboration, guided by kindness and creating moments of meaningful connection. As a program coordinator she has overseen large combined school performances and creative community projects, and continued to explore ways to incorporate evaluation and reflection into her arts practice. She is director of Harmony In Strings, an innovative strings program focussed on improvisation, composition and joyful music making based at Sacred Heart Primary in Fitzroy, Melbourne, and was Lead Teaching Artist, Pedagogy and Practice with the Melbourne Symphony Orchestra’s The Pizzicato Effect. She creates children’s books, cds and educational resources in the arts and delivers professional development to teachers through The Song Room,

Zoë is based in Kyneton, Victoria. 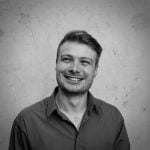 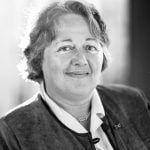